Home About the Lakelands

With over 143 acres of crystal clear water – Lake Walloon is a place where you, your
children and grandchildren – will make memories forever.

Whether it is fishing, boating, kayaking, paddle boating or just relaxing on the beach – it is sure to be a place that you will call home.

THE FISHING:
Lake Walloon was used as a fishing club for over 20 years. It is stocked with a great variety of fish. 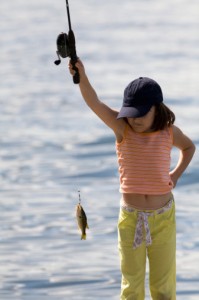 ELECTRIC BOATS:
• Boating allowed exclusively for residents with sail and/or   electric powered boats up to 18’9″  in length. 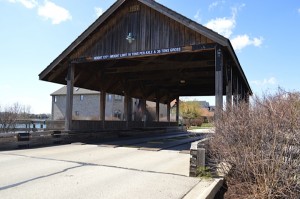 Covered bridges are, of course, rare today – another disappearing artifact of our history. The Lakelands bridge crosses a channel between Walloon Lake, formerly a quarry, and an adjacent lagoon.

However, underneath its old-fashioned exterior, this is a thoroughly modern bridge, rated as it would be for any two-lane highway. The 45-inch-tall girders that stretch 64 feet to span the channel are laminated – that means they’re wood, but strips of wood glued together. The abutments for the 28-foot-wide bridge are concrete, and here and there is steel. The visible timbers up above and overhead are cut from single logs like traditional beams and columns. They create an intricate pattern overhead, under the two-inch thick cedar roof decking and shingles. The mortise (slot) and tenon (tongue) joints – some held together by honest to goodness oak pegs – were drilled in Bedford Park. And some of them are “blind” joints. That means a pocket is cut in the wood and does not go out the other side.

The opening between the roof and the floor is 14 feet tall to accommodate today’s fire-fighting equipment.

This height necessitated metal angle brackets that will be painted black to look like iron. They are needed to hold the bridge together because the winds can be pretty stiff on the 140-acre lake. Old bridges had wooden angle braces, but these cut across the opening and reduced the bridge’s head room to about 11 feet.

And there has to be clearance beneath the bridge so sailboats can pass under.

We enjoy this beautiful bridge, and hope that those that pass through The Lakelands enjoy it as well. 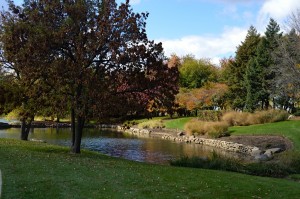 THE COMMUNITY:
Events in the early 1800s laid the foundation for Plainfield to be established as Will County’s oldest community. Long before the arrival of the earliest white settlers, a large community of Potawatomie Indians had settled in the dense woods and vast prairie along the banks of the DuPage River. The Potawatomie built a village of semi-permanent structures and farmed small plots of land.

The earliest white men in the area were French fur traders such as Vetel Vermette and George Fouquier who plied their trade among the Indian communities throughout the region. Although a few of these men erected simple log cabins and may have established small claims, none actually purchased any land.

The first permanent white settler was James Walker, who was introduced to the area along the DuPage River by his father-in-law, Rev. Jesse Walker, a pioneer Methodist circuit rider. The two Walkers traveled through the area as early as 1826 on one of many trips in which Rev. Walker evangelized the Potawatomie. Two years later, in 1828, James Walker returned in the company of several men to stake claim and erect a sawmill around which the settlement of Walkers’ Grove developed. However, it was not until 1833 that the first government land sales occurred in what is today, Will County. The earliest land transactions were completed at Chicago.

Because of the DuPage River; established routes to Ft. Dearborn (Chicago) and Ottawa; a good supply of virgin timber; and relationships established by Rev. Walker, the small community of Walkers’ Grove flourished. Lumber milled at James Walker’s mill was hauled by Reuben Flagg to Chicago in order to erect the first two frame structures in that community. Reuben Flagg and his wife Betsey, were the parents of the first white child Samantha born within the present boundaries of Will County.

In 1834, the southern portion of “Planefield,” as it appears on the original plat consisting of thirteen blocks, was laid out by Chester Ingersoll and predated the creation of Will County. The new town, located Northeast of the original settlement of Walkers’ Grove was given the name Plainfield, referring . . . perhaps . . . to the flat expanse of verdant prairie stretching outward from the dense timberland along the DuPage River. In 1835, two additions were made by James Mathews and Levi Arnold. During the winter of 1835-36, Will County was separated from Cook County.

An inn and tavern was among the first businesses established on Main Street in the northern part of town; other businesses and industries located around the intersection of Joliet Road and Commercial Street in the Southern part of town. The inn, erected in 1834, was known as “Halfway House” because of its mid-point location on the Chicago-Ottawa Road, a well-traveled stage coach route. The inn also served as a residence, the first government-franchised post office in the county, the site of Cook-Will county land grants, and militia headquarters prior to the Civil War. 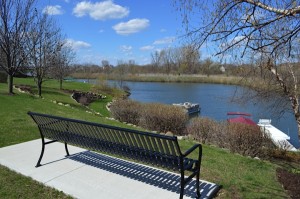 Meanwhile the community prospered and grew. Early industries included a cheese factory, grist mill, wagon manufacturing, a tile factory, and a foundry. Many fine, though simple, wood framed residences were erected. Several congregations were formed and built beautiful houses of worship. With the construction of the Illinois and Michigan Canal, Plainfield was bypassed by the rapid development then occurring in nearby canal towns within the county. By the late 1840s, businesses and industries began locating in the central part of the village of Lockport, Plainfield and Yorkville Plank Road, a direct route to the canal docks at Lockport. Another road in the 1851 era, the Oswego-Indiana Plank Road, also was established through the heart of Plainfield’s business district. In 1861, Plainfield College was founded, but, in 1869, was relocated to Naperville and named North Central College. On June 30, 1877, the North and South portions of the Village were incorporated under the general law of the State of Illinois.

The EJ&E Railroad was operational in 1886 and provided freight service and grain transportation for the thriving agricultural community. In 1904, the Aurora, Plainfield & Joliet Railway established a streetcar line with a popular, twenty-acre camping resort at Plainfield. Known as Electric Park, the attraction included camping cabins, a large auditorium, a dancehall, restaurant, bowling alley, swimming and boating along the East and West banks of the DuPage River. The park closed in 1923 when the streetcars were replaced by buses.

Plainfield’s main thoroughfare Lockport Street, was chosen as the route of the Lincoln Highway, which was begun in 1913. The road was the first paved, transcontinental highway and stretched from New York to San Francisco. Later, when the U.S. Route 66 crossed the Lincoln Highway in the heart of the village, Plainfield was at the intersection of the two longest highways in the world. 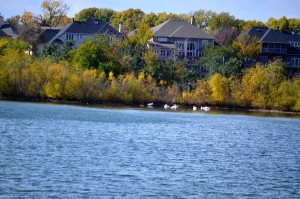 By 1960, the town of Plainfield had grown attracting many new residents, businesses and industries. Although it maintained its small town image, it was slowly transforming from a small, rural community to a modern suburb in the Chicago metropolitan area. In 1976, a new village hall and police station were constructed along with other improvements throughout the village. On August 28, 1990, a devastating tornado struck the community resulting in the loss of life and property. Despite the destruction, the community mustered its pride and strength, rebuilding better what it had lost. The community continues to build towards the future while honoring its past. Today, three buildings are listed on the National Register of Historic Places, while new businesses and residences are being interwoven into the existing fabric of the community. In 1992, a new library facility was dedicated and a wildlife sanctuary was established.

Faced with challenges of growth and with forethought for the future community, the Village of Plainfield continually builds upon its rich and proud history.

SCHOOL DISTRICT:
Plainfield School District 202 is an educational landmark whose history dates back to the 1880’s when the early settlers created the school system whose district currently encompasses over sixty square miles of area in Will and Kendall Counties. We are confident that the size of our student bodies allows the Board of Education to offer comprehensive programs and we are also able to provide your child/children with personal, individual attention. At the high school level, our enrollment allows us to offer vocational academic programs all of which challenge our students and prepare them for the future. It is the ideal size to provide effective, quality education. Our current district enrollment places us in the top ten percent in size of school districts in Illinois. 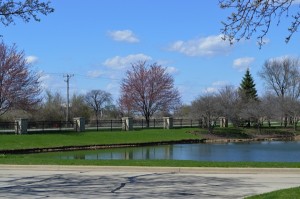